Many cities across America are defunding their Police Departments, some by as much as 33%.  However, defunding is not enough to keep the public safe.  Right now Police Officers need to be disarmed.  In England, cops don’t carry sidearms, and the rate of Officer-involved shootings is a fraction of that in the United States.  English cops are taught how to deescalate a situation thereby reducing the need to use a weapon.  Cops in England also realize their position in society as public servants, not enforcers.  Police in America lack the mental capacity to properly “enforce” the law.  Many are sociopaths with severe psychological issues brought on by their misguided self-perception, as well as their inability to get along with others (including friends, wives, and children).  A great number of American Police Officers are deviants with sexual anomalies and domestic violence predilections.  According to a recent research study completed by a preeminent Boston University, half of all American Police Officers have an IQ well below the national average (National Average IQ 85-115, Police Average 70-82).  At present, Police Officers cannot be trusted with deadly weapons and should be disarmed, for their own safety as well as that of the public.

Recently we observed a young, black male being shot to death by an elderly white female Police Officer who mistook her Glock for her Taser.  She fired multiple shots into the victim, after yelling Taser, Taser, Taser!  We now have cops on the street who cannot distinguish a Glock from a Taser, and the results are deadly.  She, unfortunately, typifies the American Police Officer who often displays aberrant, confused, and violent behavior when under stress.  They should not be armed with deadly weapons.

Instead of issuing the Glock, police departments should give cops the Byrna pistol, which fires a variety of non-lethal projectiles. The Byrna HD shoots .68 caliber round kinetic and chemical irritant projectiles that can disable a threat from up to 60-feet away.  For the public’s safety, the transition from Glock to Byrna should take place immediately so even if an unhinged Police Officer (of which there are many) decides to shoot, the damage will be minimized, and the alleged “perp” will have the opportunity to face the cop in a Court of Law  (both criminal and civil) to present their case.  This is obviously something most Police Officers want to prevent, and a few shots from a Glock can quickly terminate any prospective court challenge.

Many towns and cities are now revoking Police Officer’ “qualified immunity” which for years protected corrupt and dangerous cops from being held personally liable for their misdeeds.  It also shielded towns and cities from accepting any responsibility for hiring and promoting totally unqualified Police Officer candidates.  Police Chiefs are often the prime beneficiaries of qualified immunity for it allows them to hire local slugs and deviants, who are perpetually indebted to the Chief for their job. This allows corrupt Chiefs to engage in all kinds of nefarious activity while controlling the scope and outcome of any “investigation” into their corruption by utilizing their position as Chief to influence the Investigators/Detectives he hired.  It is common knowledge in many towns and communities that the Police Chief is a source of corruption in the neighborhood, whether it’s drugs, gambling, prostitution, or child sex exploitation – the Chief of Police has a hand in the activity, and profits from the criminal enterprise.  For further information on corrupt Police Chiefs, visit: CopMugShots.com

The use of deadly force by a Police Officer is a very convenient way of silencing anyone from disputing the cop’s version of the arrest because the alleged perpetrator is lying in a morgue, and oftentimes there are no video/audio tapes available to accurately depict what transpired.  The U.S. Courts have conveniently passed legislation in most States giving a Cop’s testimony preference over anyone else’s, therefore allowing many corrupt cops to walk away from murder charges scot-free.  Is it any wonder the American People have no confidence or trust in today’s law enforcement system and seek to dismantle it piece by piece?

Progress is being made, reigning in law enforcement of all stripes, from the lowly municipal cop to the State Trooper.  All levels of law enforcement must be held accountable for their failure to uphold their Constitutional duty to faithfully execute the law.  This includes those at the Federal level of law enforcement (ICE, FBI, DEA, CBP, etc.) as well.  COPFOX has long recommended that these agencies be merged so more accountability can be imposed along with transparency.  Presently, the American People are reluctant to rely on anyone in law enforcement, realizing how corrupt the system has become in the past twenty-five years.  This downward spiral can only be corrected by putting strict controls on law enforcement personnel and closely monitoring their activities and associations, whether on the job or “off-duty.”  Creating effective law enforcement organizations requires diligence and determination, with a keen focus on flushing out pervasive elements of corruption – which have become entrenched in the fabric of today’s Police Departments, especially their Administrations. 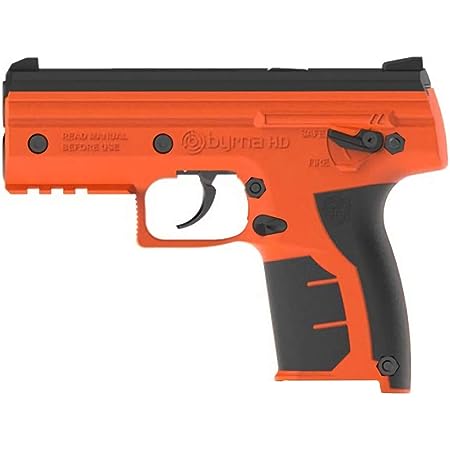